Should I have a Septoplasty? 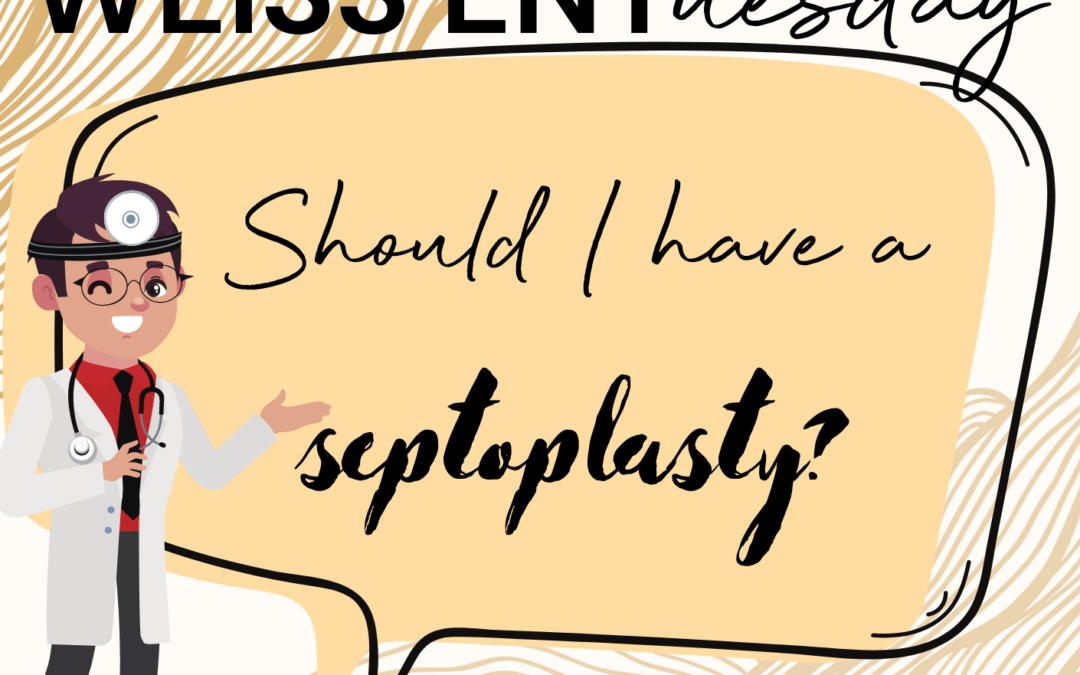 Welcome back to Weiss ENTuesday! Today we lead off with our first topic in The Sinonasal Surgery Series! (Speaking of leading, let’s cheer on our Atlanta Braves as they head into the last week of the season and aim to claim first place in the NL East!)

Happy first Tuesday of Autumn! The aromas of fall are special. Leaves on the ground, football barbecues, and Halloween candy… but, in order for us to smell well, we have to breathe well through our nose. Difficulty breathing through one’s nose is very often due to a deviated nasal septum.

One of the more common nasal surgeries performed in the ENT world is a septoplasty.

The nasal septum is the plate-like structure that divides the inside of the nose into left and right sides. A septum can be deviated (or crooked) due to the way it formed in development or as a result of facial trauma. The septum can be so crooked that it causes diminished airflow through the nose.

The surgeon’s goal when performing a septoplasty is to straighten the septum in order to restore proper airflow through both nasal passages. Usually the inferior turbinates (the structures that sit on the floor of the nose closest to the nasal opening) are also reduced in size to ensure the patient gets a good result.

This surgery is typically done as an outpatient surgery where the patient doesn’t have to spend the night in a hospital. It’s all done on the inside of the nose and does not cause bruised eyes or facial swelling. A septoplasty is not a nose job (that’s called a rhinoplasty) and does not cause any change to the external appearance of the nose. Once one is healed, they should expect easy, symmetric breathing through both sides.

And now U NOSE even more! If you have any questions regarding this information, please send us a message. Look out for next week’s post when we discuss another surgery in The Sinonasal Surgery Series.

Til next time, be kind, stay well, and keep choppin’! Go Braves!!